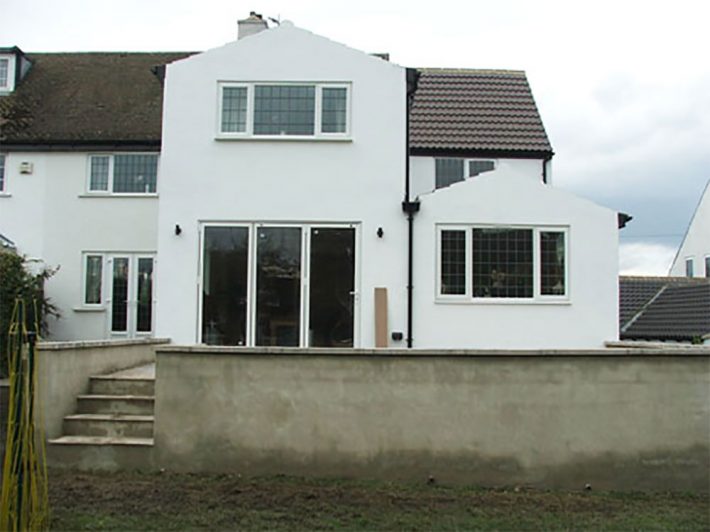 One of our largest jobs of last year involved removing an existing garage to replace it with a double storey side and rear extension joined together at the corner with a single storey extension. 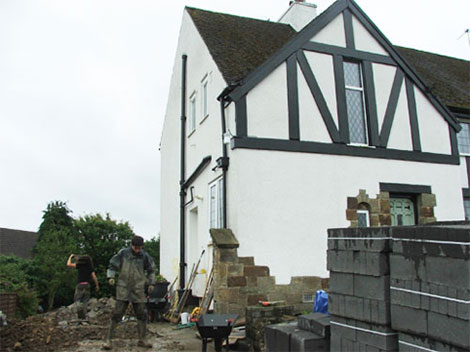 The side extension had a ground floor double garage with a double above. 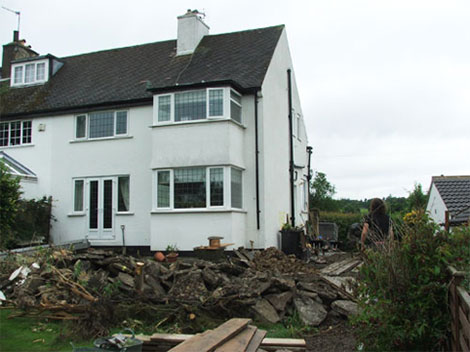 The rear corner extension incorporated a new kitchen which extended into the lower part of the rear extension to form a large kitchen / dining room. 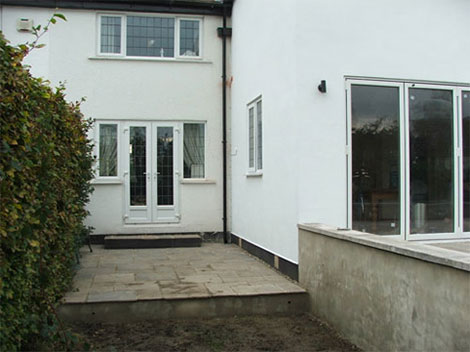 The top half of the rear extension formed another double bedroom which had an ensuite bathroom which was formed out of an existing small bedroom. 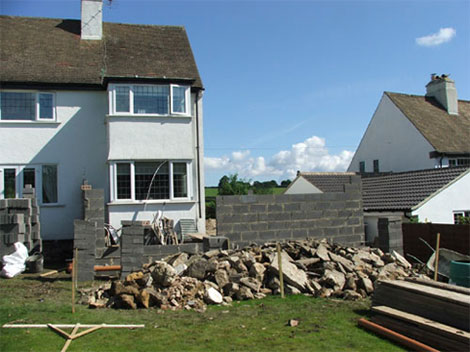 Downstairs the old utility room was transformed into a fully tiled shower room and the outside area had a raised rear patio laid with Indian Stone which was finished level with the bifold doors.